Similar to the last list I made in June, I decided to make another one for some third party GBA VC games that haven’t released in any region as of this post, (Meaning it wouldn’t fall in the tradeoff category like Final Fight One in North America, or be any first party games from Nintendo. No imports will be on this list so no Mr. Driller A will be seen here) and why I feel they would be fun to play on the Wii U VC. No particular order, just three fun games that should come to Wii U! Let me know what your hopes are in the comments to this thread, or by sending me a tweet on my Twitter. 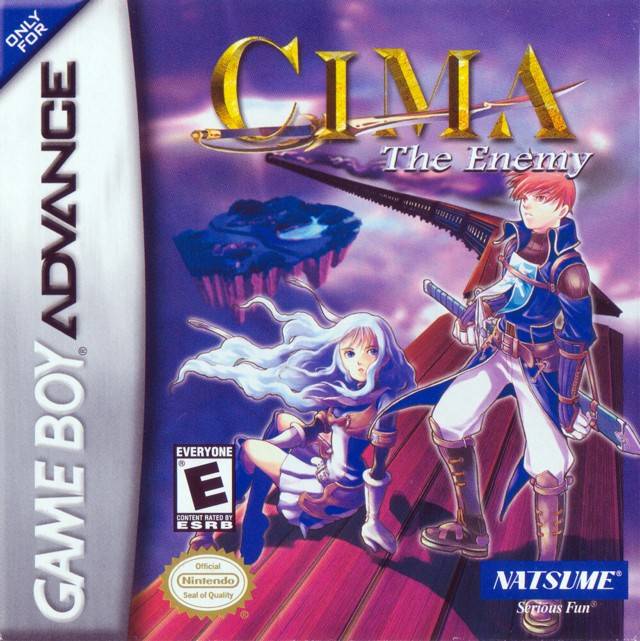 Made by the same developers of the Lufia series, and published by the same publishers of three games from that series in the US (Natsume Inc), CIMA The Enemy seems like a no brainer for the VC, being a single player RPG experience with a heavy focus on puzzle solving. The art style would really look nice with the Wii U VC’s screen smoothing feature, and this game does have its share of fans that really like it for what it is so I do feel that this would be a great fit for the Wii U’s Virtual Console, especially considering the lack of retro RPGs on the service.

The original Final Fantasy V had a strange history before it came west. With focus on the spinoff Final Fantasy Mystic Quest here in the states, FFV was skipped over while Squaresoft hoped to capture the western market for RPGs. That didn’t take off until Final Fantasy VII came out in 1997. At that time Square’s relationship with Nintendo had ended, with the final game released for an Nintendo system at the time being Treasure Hunter G, a Japanese only RPG for the Super Famicom. Naturally due to the success of Final Fantasy VII on the Playstation, Square decided to translate the fifth installment for the Playstation and bundle it with the sixth game in the series. (Which did come out in the US as Final Fantasy III on the SNES.)

Unfortunately the translation suffered from being poorly written in comparison to the excellent translations provided for Chrono Trigger, Final Fantasy VI and Secret of Mana years before on the SNES, so it was far from perfect. Taken into account the fact that it also suffered from mildly irritating loading times and awkward battle transitions, and you have a port that makes playing a Japanese import copy the better option for those wanting to get through the game quickly without having to waste precious time due to the loading times and slower battle transitions.

Fast forward to 2005, however and Square Enix has rebuilt its relationship with Nintendo, offering ports of Final Fantasy Origins and IV with some extra features, along with some new titles like Crystal Chronicles on the Gamecube. This is when they decided to give Final Fantasy V another go, by retranslating the entire script to make it much better than it was on the Playstation, adding a few extra features and making it fit for portable play, a move they would also do a year later for Final Fantasy VI Advance.

Being the only english version that can even hit the Wii U Virtual Console at this point, (Thanks to the SFC version being Japan only for both the original and Japanese VC version) Final Fantasy V Advance seems like a no-brainer for a worldwide Wii U Virtual Console release, essentially being one of the GBA’s best Role Playing Games to this very day.

This gem right here is my all time favorite puzzle game, and for good reason! With a nice selection of characters, an addicting gameplay style with high scores to encourage more replay value, a two player versus mode that can be played using both sides of one controller, and the Street Puzzle mode which helps you unlock bonus content, this would definitely be a perfect fit for the Wii U’s Virtual Console, especially since Capcom are currently releasing other GBA classics like Final Fight One, Super Ghouls and Ghosts R, and Onimusha Tactics, among others coming out at the time of this article. However it should be noted that unfortunately like with Super Street Fighter II Turbo Revival on the same system, the GBA version has some serious save data glitches that can wipe your progress clean or cause random crashes. This is very irritating and would usually be a reason for me to not recommend this as a VC title if it wasn’t for the fact that the European VC version of SSFIITR fixed the bugs and glitches in that game that hurt both the North American and European versions of the game, meaning that Capcom could very well go and finally fix the bugs in the VC release of Puzzle Fighter so that it wouldn’t suffer from the same issues.

And those are some third party GBA games that would be a great fit for the Wii U’s Virtual Console! If you have any thoughts on what your third party game choices would be, feel free to comment below or send me a message on Twitter, as I’d love to see what everyone else would think, just like with the DS article I did a while ago.