Thanks to Leuvsion for the review code

Two years ago I reviewed a great puzzle game, Blok Drop X Twisted Fusion. Ever since I reviewed that game a recurring thought of mine has been “When’s the ordinary Twisted Fusion coming to the eShop?” Well, after a two year wait Twisted Fusion has arrived, meaning that old crossover game may make more sense now!

The plot of this game revolves around a teenager named Cora and several of her friends, who are inexplicably teleported out of their home dimension onto a strange, floating continent. In this strange new world, Cora must explore several towers, defeat the guardians and find a way for her friends to get back home!

The visuals in this game will differ depending on whether you play it on the TV or the Gamepad, and unfortunately those differences aren’t pretty. When playing on the TV, the gamepad turns into a neat little replica of Cora’s cellphone, allowing you to teleport to checkpoints all over the map, adjust the difficulty level of enemies on the fly, and check the weather, among other things.

While all this is going on the TV offers a zoomed out view of the action, which tends to work fine for the most part, until you end up fighting enemies that can be quite hard to see with the view so zoomed out. How do you fix the zoom, you may ask? Well, instead of an in-game option to zoom out, the only way I could find to make the view more reasonable was to move the game to off-TV mode, where the phone menu is brought up with a button instead of being on the gamepad screen the entire time, and the field of view is much closer, allowing you to admire the pretty pixel art that this game has. It certainly helps for combat, and I honestly don’t know why the game had to be so zoomed out on the television with no option to zoom in to the resolution that the gamepad displays.

There are also some frequent framerate problems, with the game struggling to stay consistent with its speed. It’s still playable, but it certainly isn’t a smooth moving game. It should also be noted that upon starting the game from the Wii U menu you’ll have to deal with insanely long loading times before you can even select a file, which could be a deal-breaker for some.

Like with any Metroidvania, the main goal is to explore every nook and cranny and collect as many upgrades as you can to beat the game. What makes Twisted Fusion stand out however comes from the fact that it’s surprisingly flexible, mainly because all the powerups are bought through a menu on Cora’s phone, meaning that with just a little bit of in-game currency you can buy a jetpack powerup and fly around parts of the world! You don’t even have to do the towers in order it seems, since the only thing you need to defeat the bosses is your standard weapon and a low difficulty setting. 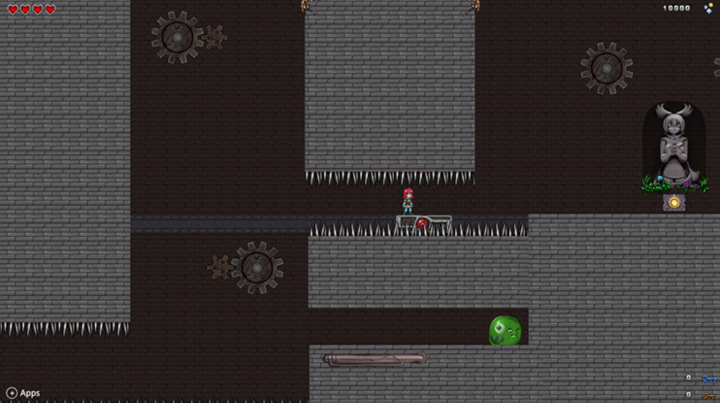 While we’re on the subject of difficulty settings, let’s go into more detail on that, as it ends up being a good concept that’s executed rather poorly. The game tries to present it as a great way to grind money depending on your skill level, with a lot of money being rewarded if you defeat an enemy when the setting is at 9 (Max) compared to enemies dropping little when defeating at 1. (the lowest) Realistically in any other video game 4 or 5 would be a fair enough level to play the game at a medium difficulty, but not in Twisted Fusion as the only thing the difficulty affects are the enemy healthbars and their damage output, with no change in enemy layouts or level design. 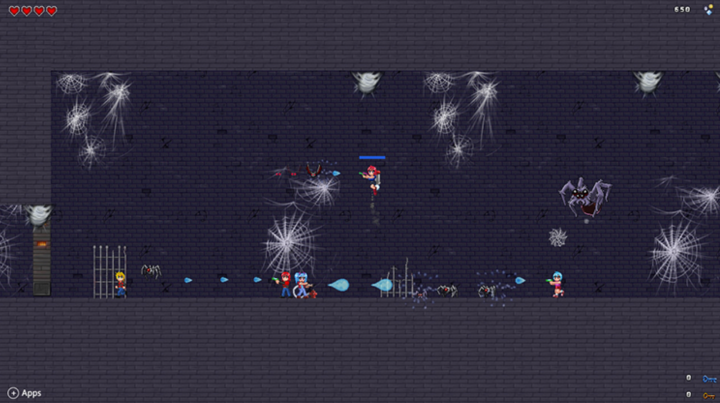 This minor disappointment is only made worse considering the fact that like an RPG the enemies will take forever to kill on a higher setting if you use your basic weapon, requiring you to upgrade to even stand a chance at defeating tougher enemies for money drops, except upgrading will also cost in-game money, leading to a bit of grinding unless you’re OK with playing through the game on a low difficulty. (since at the very least, the mandatory upgrades are inexpensive and the game is still beatable on a lower setting)

In conclusion, Twisted Fusion is a Metroidvania that has a lot of good ideas, from clever use of the Wii U Gamepad, an open world with little limitations on where you can explore, and a short but sweet journey with a few hidden secrets. The zoomed out view on the TV, framerate issues and with a poorly implemented difficulty slider can make the game a bit of a drag to play, but despite those flaws I do think if you find time to play the game off-TV on the lowest difficulty you can have a decent adventure for the $5 price tag. Just don’t expect anything that’ll blow your mind performance wise, and be sure to have some patience for the loading screen. I give Twisted Fusion an 6 out of 10, and can really only recommend this on price and concept alone.