Thanks to Choice Publishing for the review code

Taking a curious approach with a mix of smooth as butter textures and polygonal background objects, the presentation of DriveDriveDrive is a bit tough to describe, so I’ll just leave you with one of my gameplay screenshots:

Now with that out of the way, we can discuss the sound, and to be perfectly honest there’s not much to talk about here either. Most of the time the only sounds that were in my focus included the constant sound of the car running or the plane-switching sound effects, along with the many car collisions. Can’t really think of much else to comment on for this field.

The main gimmick of Drive Drive Drive is the ability to shift between multiple different races that all go on at the same time, with the goal of each stage being to try your best to control one car on a track to the end of a stage while hoping the AI doesn’t mess up your progress on the tracks you’re ignoring. 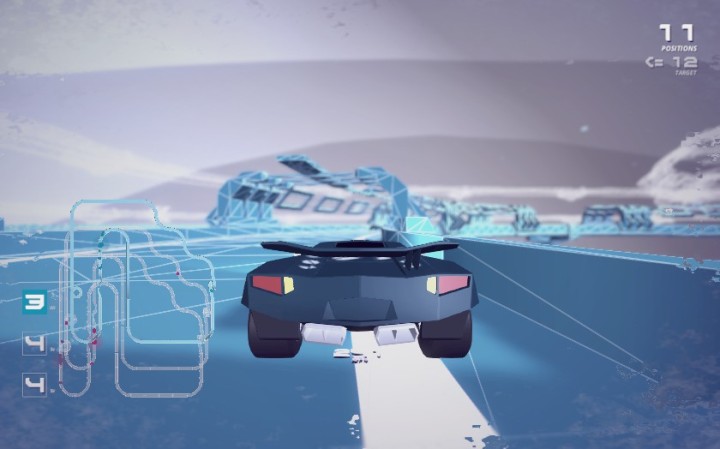 While the first few levels of Campaign mode aren’t too stressful, pretty much any course after the middle of the first world will demand that you plan the best times to boost and shift tracks while avoiding other vehicles, and if you want to get first place in every single track on a stage then you better be prepared for a lot of close calls and constant shifting, since even if you look away from one track for a couple of seconds there’s a high chance an opposing vehicle will slow you down and require you regain control of that track to catch up. 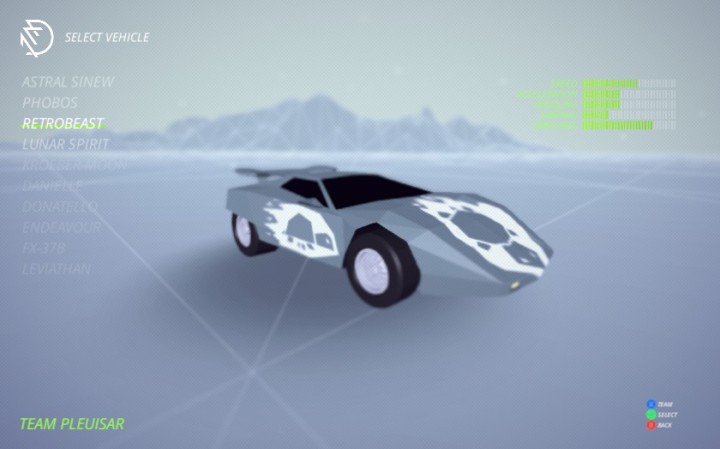 It’s tough to explain, but the frantic nature of it all can be quite addicting since each track is only one lap, preventing the courses from overstaying their welcome. Of course as you unlock more levels and worlds you’ll also unlock more vehicles to drive with varying stats, a standard of the racing genre. There’s also a track editor and an online sharing feature, which while a fun idea ended up being something I mostly ignored in favor of the single player campaign. 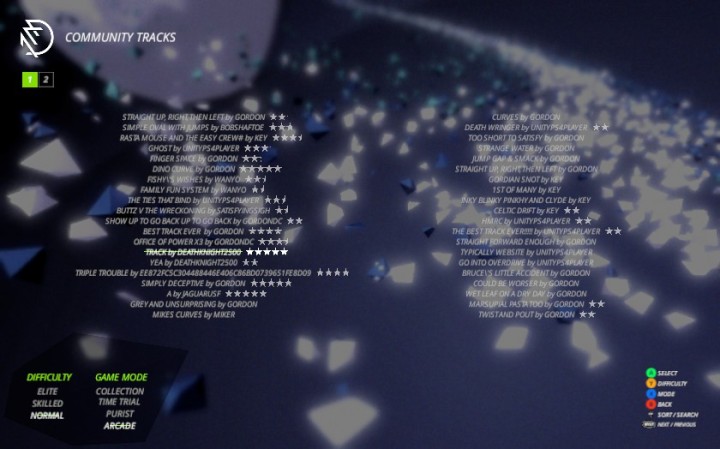 In conclusion, DriveDriveDrive is a rather confusing racer to explain. At first the concept of multitasking different race tracks sounds like a stupid idea to pull off, but the team at Different Cloth managed to do it quite well, thanks to tight controls and managing to make the chaotic nature feel fun. However, while I think that you will get plenty of content for the $20 price tag, this game can be deceptively challenging, requiring a lot of mastery if you choose to do well on every world, so the difficulty is not quite for everyone.

Another minor issue I had comes from the fact that even on the game’s lowest settings this game would always heat up my Macbook Pro to an insane level, which pretty much makes this game unplayable on laptops unless you have a fan right in front of your computer (like I had to do to play the game for review), so be careful if you’re thinking about playing the game on a laptop. Still, if you have a more traditional computer and a good controller (as even though keyboard support was just added a controller is still the best way to play the game) then this game will be a lot of fun for the most hardcore of racing enthusiasts. It’s chaotic and crazy, but sometimes a game like that is what we need in life, even if it may not be for everyone. I give Drive!Drive!Drive! a 7 out of 10.