In this deluxe edition of Midnight and Midnight 2, you take control of the ball of light known as Midnight once again, off to help his friends and go through many holes! Thankfully, this is nothing like the abysmal 36 Fragments of Midnight, and is a physics based puzzle game instead of a platformer.

Visually, the art style remains exactly the same as it always did, and the levels compiled from both of the main Midnight games don’t really have any changes made to them at all. This of course means the repetitive, somber sounding melodies I mentioned way back in the Midnight 2 review are still the only tracks in the game, piano death sounds and everything.

The main goal of Midnight Deluxe is to go though seventy stages, each with the same objective of shooting the titular cube into the shining hole while avoiding hazards and using as few shots as possible. On the Switch version in handheld mode, controlling this is done exactly the same way as the Wii U versions of the Midnight games, to the point there’s almost no difference in how it plays! Simply use the touch screen, carefully plan an angle, and then fire away until you get in the hole. Getting in the hole with the fewest amounts of shots possible will net you more stars, up to a max of three per stage. 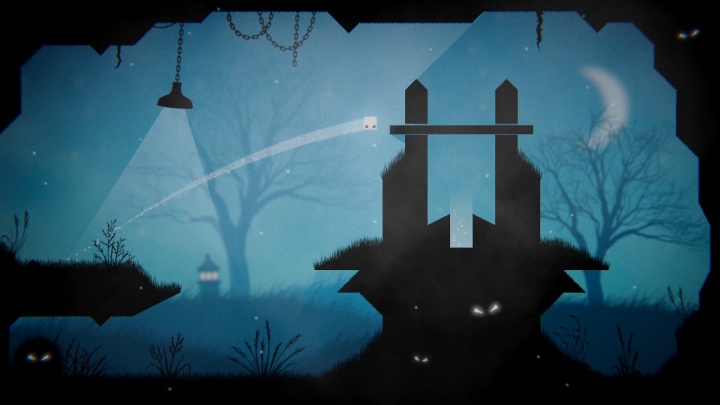 As most stages are reused from older games, (one of which being a title I’ve already reviewed) there’s little to comment on outside of the fact that unfortunately, the same problems that Midnight 2 had still show here. The lack of a level skip, (Which became an even more annoying issue than in Midnight 2 due to a very awful Pachinko-style level that I couldn’t skip and took more than 30 tries to beat at all) the background never changing and the simplicity of the overall game are still aspects that haven’t changed all that much. The only thing that has gotten better is the length, which suits the $5 price tag a lot better than 36 Fragments of Midnight and even Midnight 2 to an extent did, as if you aim for every single star in the game then you’ll be playing this for at least a few hours or so. 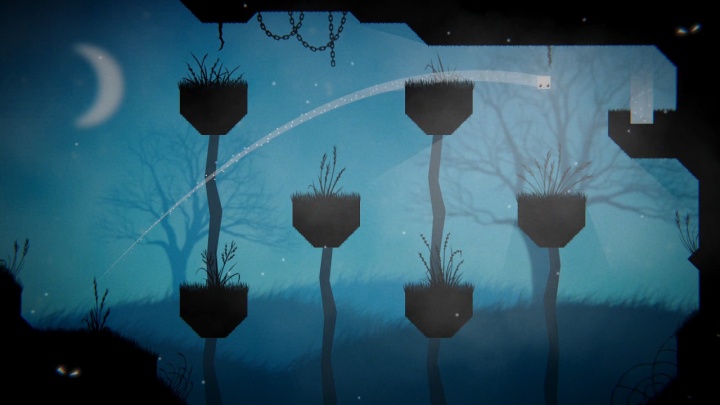 That being said, there is a very important addition to the game that makes it playable on the PS4/Switch Docked Mode, and it’s a feature that on the former system, messed up the enjoyment of this game for me: Button Controls. Done by using the left analog stick and pressing the Cross/A button, (not the Triangle/X button used for resetting a level, obviously) you must aim entirely with the joystick once the button is held down, before letting go of the button and launching Midnight. More often than not when I played this way on either system, Midnight would simply fly at max speed if I so much as gave firm pressure to the joystick, and launch at a weak speed only if I gently nudged the joystick just a tiny bit. Needless to say in the case of the PS4 version, (where the touchpad does not work as an alternative option for whatever reason, despite being recognized enough on the title screen to make some cursor noises if you rub it) this made the game a LOT more stressful to play and it made hellish levels like the pachinko one at level 27 even worse with the odd controls. I feel that moving a virtual cursor around would have been a far superior button control scheme than what we got in the end, but at least the Switch has the handheld mode and the Vita has a touchscreen to offer the intended controls.

In conclusion, Midnight Deluxe is a decent expansion of the simplistic game I toyed with a few years ago. Including a lot more levels than the previous installments, packaging a lot of old levels together for a reasonable price while also offering some replay value for those who get invested in getting every star, (Sadly, the Playstation Trophies are not counted as such, since the PS versions only really care if you play to level 40 and don’t require anywhere close to 100% completion, let alone beating every stage) Midnight Deluxe is an enjoyable puzzle game when the controls are right.