Thanks to 10Tons for the review code

In this physics puzzle game, you take control of a Baseball Coach seeking revenge against a company known as Explodz who have created a crazy energy drink that messed with his former team, turning them and the rest of the town crazy… Wait a minute, this plot is the same as Tennis in the Face but with a Baseball Coach! That’s right, this is a pseudo-sequel to that game.

Being made on the same engine as Tennis in the Face, pretty much everything from that game carries over here, from the art style, enemy designs, and a lot of the musical tracks, save for a cleaner UI. Therefore, there’s really nothing to make note of here.

Like in the previous game, the main goal of each stage is to knock out every single enemy on the screen with your limited supply of balls, in this case, they’re baseballs. Hoping the different ball will change the physics or require a new layer of thinking? Well, if that’s the case, then you’re out of luck, for there’s no difference in how the two games control at all. What they did change, however was the way you earn stars in the stages, as now you simply don’t have to focus on conserving your balls, but instead you just have to break three stars that are scattered around a stage and then clear it without losing.

This new scoring system, as a result, makes these newer stages significantly more difficult than the ones found in Tennis in the Face, especially since in some levels you may have to figure out how to earn enough extra balls to even get some of the stars. (Earning extra balls can be done by knocking out multiple enemies in a row with just one shot, which becomes a requirement to earning the stars later down the line) This is a nice change of pace, and while the predecessor was a great casual game to relax with, it did lack a lot of challenge until the end of the game, with the only sort of challenge coming from the bonus level at the end of the game and gathering all the stars, while Baseball Riot makes things harder on all fronts without being too frustrating, unless again, you aim for every single star. (though clearing some of these levels with just one can be something that may require an “ah-ha!” moment to achieve) 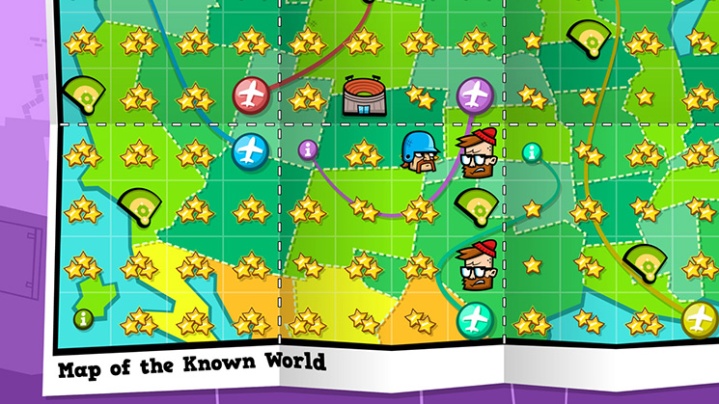 Last but not least, just like in the previous game there’s in-game achievements to replicate those found on other systems, which is a welcome addition that makes sure the replay value found in the other versions isn’t lost due to the nature of the Switch. Still, considering how this doesn’t feel much different from the last game to begin with, that addition was to be expected at this point.

In conclusion, Baseball Riot is a decent sequel to Tennis in the Face, continuing the fun from the previous installment. While the change in earning stars and the overall bump in difficulty does add a lot more strategy to the mix than what was seen in Tennis in the Face, I can’t help but feel that a lot more could have been done with making this sequel feel a bit different, mainly if they could have actually had the baseball feel differently than the tennis ball. Still, if you enjoyed the first game, you’ll enjoy this one too, although I wish they introduced a lot more cool gimmicks to make this feel a lot less like a basic reskin. I give Baseball Riot a 7 out of 10.