Being the third mid-generation remaster of a Pokemon game, Pokemon Crystal shares the exact same story as Pokemon Gold and Silver, with literally no changes made in any way shape or form. Kinda a bit of a surprise, considering how Yellow Version managed to change some things around, but the most you’ll get out of Crystal in terms of new story content is a very short subplot that gives the previously optional Legendary Beasts a little bit of focus. Thus, most of the “new” stuff only really applies to the other aspects.

Being made in the same engine as Gold/Silver, it’s to be expected that the presentation stays the same, just with a few additions and tweaks. The most obvious ones introduced in this version include the introduction of animated entry sprites for every Pokemon in the game, along with route labels that pop up on the screen whenever you make a transition to a new area. Both of these features would eventually become series staples, and other graphical tweaks have been made as a result of this game being a full-blown Game Boy Color exclusive, mostly in relation to the appearance of Pokemon that weren’t colored properly in Gold/Silver. (So no more Purple Spinarak or Red Lapras in Crystal Version!)

Considering how this game is built off the exact same engine as Pokemon Gold and Silver, the way the game’s story and battle system works out is exactly as it did in those games, so my review of Pokemon Silver pretty much holds true here for nearly 90% of this game. Thus, I’ll only focus on the small things that were changed or tweaked, along with flaws that are still present in this enhanced version. 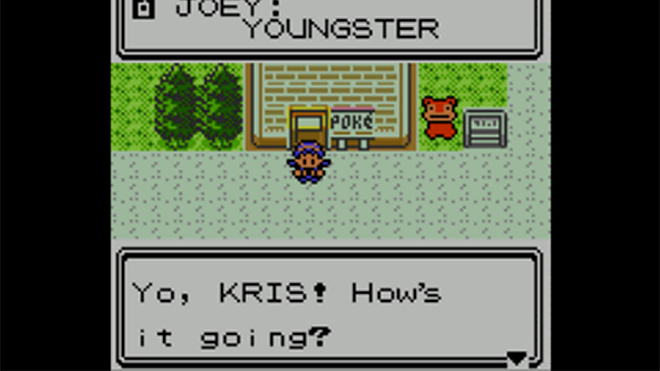 Outside of the aforementioned visual upgrades, Pokemon Crystal also introduces the ability to play as a female character for the first time ever, which ends up being a cosmetic change just like it is in every subsequent Pokemon game. There’s not much else to comment on in that regard, although it should be noted that whenever you begin a local multiplayer game with another player while playing as a Girl, then you’ll temporarily dress up as the male character in order to ensure compatibility with the original versions of the game. Instead of this being a simple automatic change, the game actually tells you about this before entering a local multiplayer match, which is a nice touch. 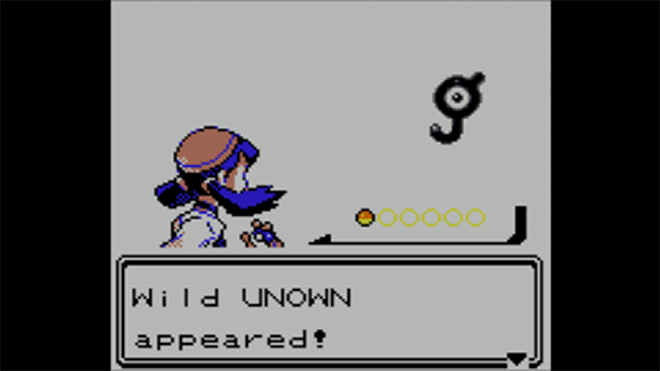 Still, as you continue your journey throughout Johto and Kanto, you will notice that unlike the third versions soon to come, there’s really not much of a difference when it comes to the events of the main adventure of Silver and Crystal, since all the gyms fail to change their rosters of Pokemon to shake things up, and while the routes do change their Pokemon selection around, they don’t really begin to introduce much of interest that will shake up your team until around the fourth gym, so the main adventure will feel a lot like Deja Vu compared to later third versions that added more new features and changed up things as you revisited the region, from adding new locations entirely and even changing the order of events. 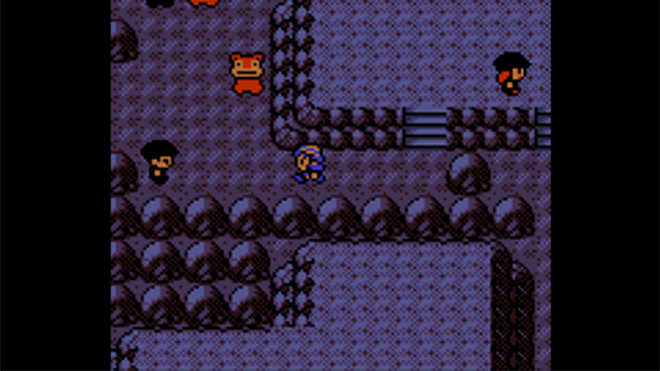 That doesn’t mean that some things in the story failed to change, however. For starters, this game is the very first Pokemon title to introduce a Battle Facility in the form of the Battle Tower, but in this original incarnation, it’s incredibly unbalanced, and there’s not much to do in it outside of aiming for the highest winning streak to gain items to sell for money. A focus on the Legendary Pokemon Suicune was also introduced in the main story, but only in a minor manner, since outside of having to awaken it in the now-mandatory Burned Tower and having to battle with someone who also seeks the Legendary Beast, this whole subplot can be completely ignored, although now it is required that you capture all three of the Legendary Beasts in order to confront Lugia and Ho-Oh if you so desire, unlike in Gold and Silver where you simply had to get their respective wings.

By far the most disappointing aspect of the game comes from the fact that several of Gen II’s major problems and quirks haven’t been addressed at all, (save for one very minor tweak where you can now give Kurt multiple Apricorns of the same color at once instead of having to tediously go back to his home each and every single day to get balls) which means that most of the Apricorn Balls are still bugged and don’t properly work as they should, Kanto is still a poorly balanced mess where you fight a Level 36 Gym Leader when your whole team would be in the 50s at that point, and the game still doesn’t give you a proper way to train for the true final battle. Yellow didn’t really fix Gen I’s bugginess either, but at least it tried to make the experience feel somewhat fresh by changing the rosters of the Gym Leaders, heavily altering the Pokemon Routes and starter selection while also adding in an extra boss in the form of the Rocket Trio.

In conclusion, Pokemon Crystal is still a very solid entry in the Pokemon franchise, being a great send off to the 8-Bit era of the franchise. Sadly for a third version, the concept was still somewhat new, and it shows here. The fact that they released Crystal a few months after Gold and Silver on the Virtual Console instead of alongside them shows that Crystal doesn’t really do much to warrant a replay for those who just revisited Johto back in September, outside of the addition of being able to capture one of the rarest Mythical Pokemon in the form of Celebi after beating the Elite Four once.

So all in all, finally playing Crystal for the first time ever via this rerelease of the game left me pretty disappointed. While I knew that nothing the likes of Emerald, Platinum or Black and White 2 would come until technology would advance some more, I was hoping for something akin to Yellow where the Gym Leaders would get a power boost and some more things would change on the routes to have the experience feel a lot less like Deja Vu, especially when it came to the Kanto portion that was sorely needing such upgrades. It’s still a fun place to start if you haven’t played a Johto Game yet or even a Pokemon game period, and there’s a lot of engaging gameplay to experience for newcomers. Still, don’t expect this to be worth buying if you already got your fill of Johto last fall, or even Ultra Sun and Moon, despite having their own sets of problems. (Mainly the lack of a National Dex which makes the ability to transfer your GSC captures to those games pretty pointless.) So, I give Pokemon Crystal Version an 8 out of 10, and can only recommend this entry to those who haven’t yet revisited Johto once already, and for newcomers who want to see what all the fuss is about.