Thanks to XSeed Games for the review code

Three years ago, I reviewed this exact same game for the Wii U. Thus, in this Switch re-review, I’ll mainly be focusing on the quality of the port and the new additions this version has over the Wii U original, along with things I didn’t fully go into back then. Like with the original game, the story revolves around the Kingdom Stone, an artifact protecting the land of Avalice from danger, but when an alien overlord sneaks in and causes discord, prompting the Kingdom Stone to get stolen, Liliac and her friend Carol must investigate the cause, while also being supported by a new friend known as Milla along with someone hunting down the alien lord from space.

Unlike the Wii U version I reviewed back then, Milla now has her own adventure mode, which offers a different point of view and even a new starting level compared to the one Liliac and Carol go through. It’s not too much, but it’s nice that now all three characters have their own proper routes for the story mode, although playing in classic mode will omit the story for those who’d rather get into the action.

I gave praise to Freedom Planet‘s graphics back in 2015, mainly due to how crisp and sharp they looked, taking pixel art to what felt like the next level at the time, with extremely high amounts of detail and smooth animations akin to those from a Wayforward game, if not a bit higher. Looking back, while I don’t think it’s the best of the best anymore, it’s still really damn pretty, and the animations are as impressive as ever. The voice acting didn’t age as well as I would have liked though, and sometimes the audio quality can sound a bit off, as if the voice actors didn’t record using the same high quality mics. The music is still as amazing as ever though, and really holds up, sounding great on the Switch speakers.

Just like on the Wii U, Freedom Planet offers two gameplay styles to pick from, Adventure Mode, the aforementioned mode that adds story and voiced cutscenes in-between every single stage, but the order of the stages are identical regardless, with the only differences coming from which character you chose for the playthrough, since each of them has a unique level to travel through that makes use of their special ability. 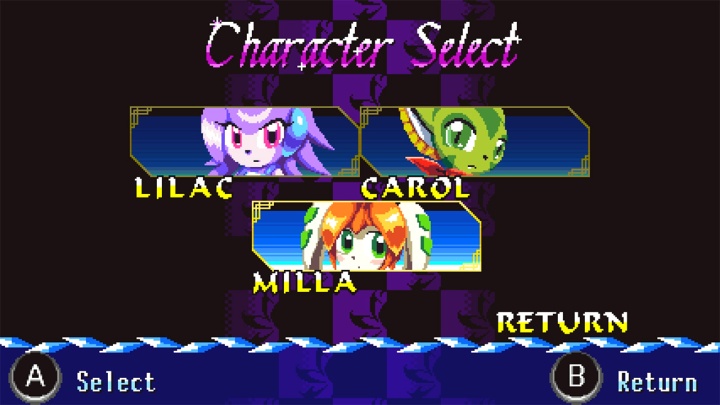 Each character has their own set of attacks to be used with the Y and ZL buttons respectively, and their abilities can lead to them taking alternate routes in the stages they do share, such as Milla’s flight ability allowing for reaching high places, or Carol’s motorbike letting the play climb up tall walls. They also can be used on bosses and enemies, leaving to each character having their own benefits, such as Carol’s moveset allowing for quick attacks, Lillac’s moves being somewhere in the middle, while Milla’s moves focus more on platforming and slower paced combat. They can still all take on bosses just fine, but some characters work better than others, especially if you haven’t memorized a proper pattern yet. 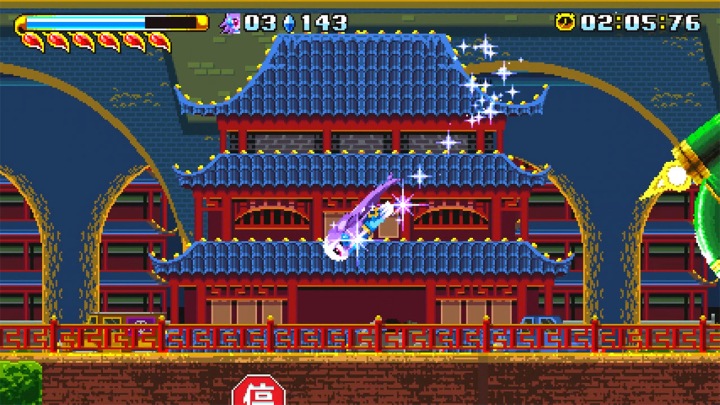 Outside of just going through the lengthy levels and taking out bosses, there are several goodies to find in the form of collectible cards, scattered around each stage with ten of them to hunt down, often requiring all three characters and their abilities to hunt down. These unlock concept art, soundbytes and music in the game’s gallery mode, so hunting them down is a fun way to unlock some goodies if you’re into some collecting. By far the best part of the game in terms of replay values come from the in-game achievements, known as Medals here. They cover all the characters along with offering up some inventive challenges on beating certain stages in certain ways, along with getting good scores in Time Attack mode, which can lead to those seemingly stupidly long levels being a lot faster paced than you may have initially thought. 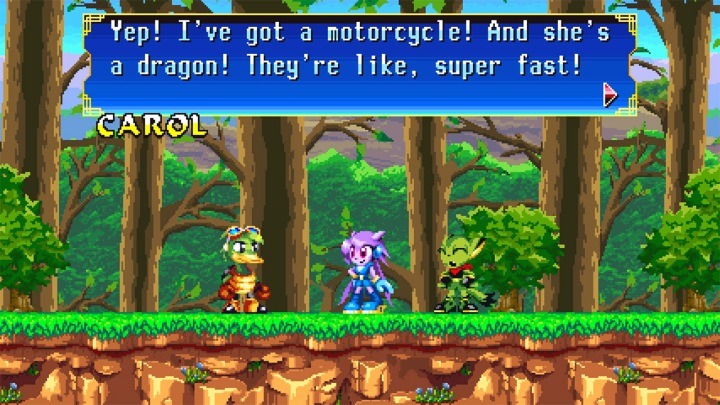 Another way of honing your skills and getting a bit of extra content out of the game is through the Dojo stage in Time Attack, which unlocks a few achievements and is a perfect way to familiarize yourself with each character’s set of moves before jumping into the main game, although the targets are in the same positions for every single character, unfortunately.

In conclusion, revisiting Freedom Planet on the Switch was a very enjoyable experience. The game’s still as fun and polished as ever, and leads to a super fun adventure that holds up incredibly well today, being close to being the definitive version of the game so far, with everything from the Steam port being here. I do wish they added something new to this port to make it stand out more though, like those Kickstarter bonus campaigns that are forever delayed due to engine incompatibilities, likely being held back for the upcoming sequel. Here’s hoping that one will exceed the already good quality of the first game!