Despite not being made by Woblyware, Mekabolt looks remarkably similar to games such as League of Evil and Omega Strike when it comes to art style. Unfortunately, that also means the game doesn’t really have much effort put into the visuals to make things stand out, and thus Mekabolt comes off as yet another Indie Pixel Platformer, lacking much of a personality. This also extends to the music as well which is entirely forgettable and pretty repetitive, although the themes do change between each world so they don’t drag on too long.

Mekabolt is a puzzle platformer where the main goal of each stage is to get the battery and move onto the next stage. No ranking system, no best times, just a simple point A to point B design, for better or worse. Your character has a stun weapon that causes enemies to recoil and hide themselves for a bit, which allows you to use those enemies as platforms or as means to clear the way to the battery. 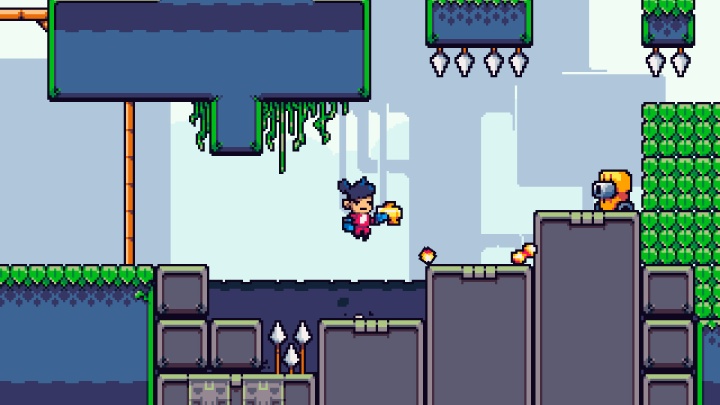 Across several worlds, Mekabolt is not that interesting of a game. Each world throws a few new ideas and enemies here or there, expanding the scale of your abilities, but since you only have a jump and shoot button with every level being incredibly short, the game feels like a generic, browser-based puzzle platformer that anyone could make and slap on a website. This doesn’t mean that the game controls poorly or is badly balanced, as the controls are tight and the game does what it promises, but there’s barely anything to engage the player or encourage replaying a level more than once. You jump, you stun, you use the enemies as a platforms or have them build a way to the exit, and then you repeat for every single batch of 24 stages. 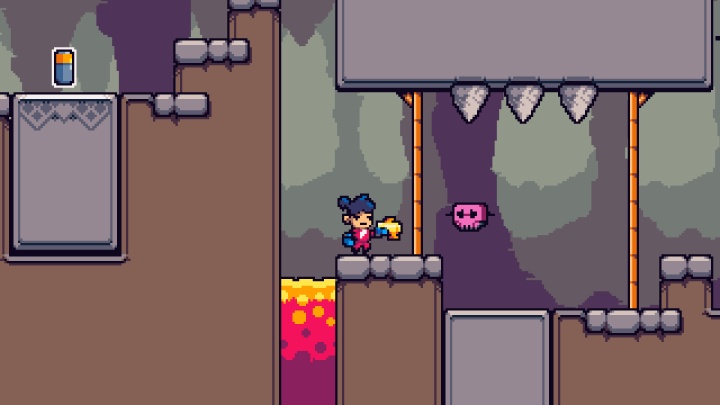 While the worlds do differ up and stuff like falling stalagmites or retracting cactuses adds some variety, there’s barely much to write home about, and the game will breeze by before you know it. It’s not a good sign that I was able to play half of the game’s levels in the span of twenty minutes, and the fact that there’s little else to do as you go also speaks volumes.

In conclusion, Mekabolt is a simplistic and barebones puzzle platformer that hardly innovates or really offers anything worth checking it out for at all. Generic presentation and short levels make the game feel as bland as it can be, and the lack of any real reason to replay a stage also hurts Mekabolt’s appeal. For a $5 game on a system with plenty of better budget titles, this game isn’t a bad one, but it’s incredibly generic and very short, to the point that the platinum trophy basically gives up after the first two worlds, and doesn’t even bother to cover the entire game. You really have no reason to pick this game up unless you’re buying these cheap games for an easy platinum, which is pretty sad considering how some more complex level designs and a wider scale could lead to great potential for a sequel.