Thanks to Mastiff for the review code

The presentation in Party Planet is really average, with a rotating wheel of games being the means of selecting the next minigame, and the overall UI of the other menus aren’t really that great. The music is completely generic and a lot of the backgrounds for most of the minigames feel as if they are basic templates from something else.

The main goal of Party Planet, is honestly to do nothing but best your high scores and play against your friends to do the same, similar to arcade games of old. Surprisingly, despite the fact that this is a Party game, there are several single-player only games included that have no purpose whatsoever outside of padding out the minigame lineup, which is already filled to the brim with clones of all kinds. 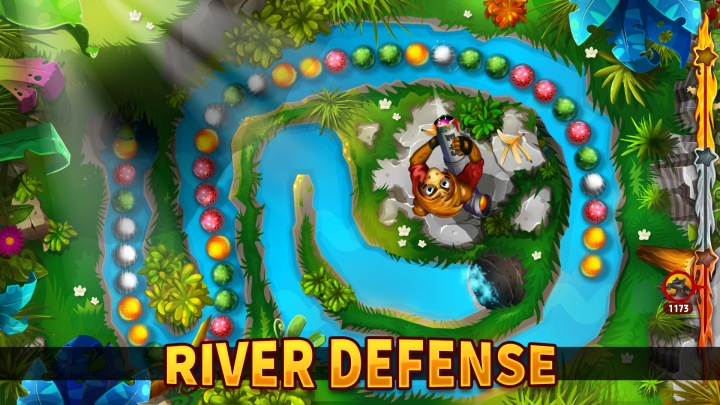 Yes, you heard me right, clone games are everywhere in this collection, from knock-offs of Zuma, Balloon Fight, Ice Climber, Snake, and many other classic arcade games, there’s really not much to find here that’s clever or unique. For that reason, me and a friend found most of the games in the lineup (the ones available from the get-go at least, more on that later) to be quite uninteresting, with the exception of a few standouts that I’ll be discussing for this review.

The first two of these three standouts are the typical “Childhood Multiplayer Games” that nearly everyone I knew grew up with a form of in some way or another, regardless of their background, and those come in the form of an Air Hockey and Memory Match minigame. The Air Hockey game does the absolute bare-minimum of being an air hockey game, where the main objective is to score a certain amount of points before the other person does, yet the simplicity of this minigame makes it something I can easily see being a popular part of this game, since all a person has to do is pull out their switch and the select the minigame in order to set up a quick two player match. It’s simple, and that game by itself certainly doesn’t warrant the $40 pricetag (especially since Snipperclips Plus offers a similar minigame that is more clever for the same price, along with tons of other content), but it is one of the few games in the collection that works great, does what it is supposed to and is available from the get-go.

The Memory Match game on the other hand, takes the basic concept of memory and makes it more frantic, requiring both players to rush to clear out entire boards of cards before the other person, in order to keep gaining more time to get the higher score. It can get pretty intense in no time at all, and I was honestly surprised by just how fun it was to play it with a friend. Both of these childhood multiplayer minigames are easily recommended and I really do wish the whole package contained games that took old concepts and added a frantic twist on them, instead of simply being generic clones of popular games. 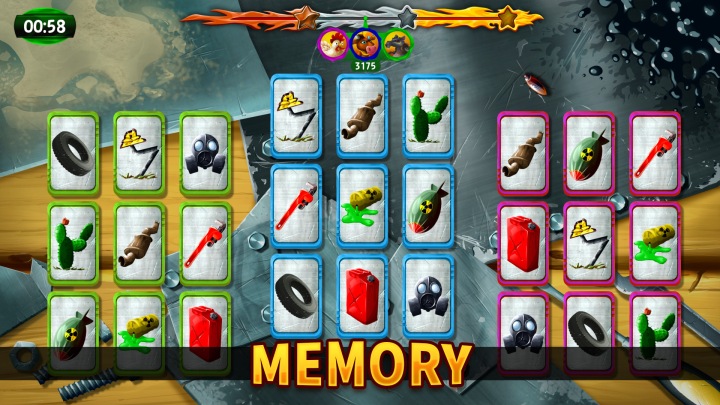 There was one exception to the clones that I found enjoyable, however, and that comes from Lava Golf. Obviously a clone of the many, many stage-based minigolf titles on the market, which other games have tried cloning in the past to horrendous results, Party Planet adds in multiplayer, where both players have to race to get above par in a hole to gain enough points to beat the other player. It’s not executed as well as the real thing of course (some of the holes can really drag for a while) but unlike the other clones which felt like chores to sit through, my friend and I still got a kick out of playing that minigame.

With all that out of the way, you may be wondering what I meant earlier when I pointed out how you had to unlock minigames. Well, instead of all the minigames being available from the start (at least for multiplayer purposes) you have to unlock them one by one, but instead of doing so by being good at certain minigames or playing every single game once or twice, you do it via an experience system, where after a certain amount of points gained by the amount of Stars you get from each unlocked game, you will rank up and unlock a new game. It sounds like a typical method of encouraging players to try out every game in the collection, but the problem with this method is that even when you try out every available minigame (like my friend and I did) ranking up is very, very slow. This pretty much means that in order to unlock all the games you’ll have to grind experience by replaying the games over and over again, until you get enough gold star rankings to unlock more games. Needless to say, this wasn’t the right way to handle the minigames, since before long we both felt like we had as much fun as we could with this game, and we were certainly not in the mood to replay the boring minigames just to unlock ones that seemed to range from more clones to just generic ideas.

In conclusion, Party Planet is a very average minigame compilation that brings back bad memories of the awful ones that flooded the DSiWare and Wiiware shops. It’s not nearly as abysmal as most of the titles on that service, but it’s not great or memorable, either. Outside of a few decent games I could see being fun at parties, this really doesn’t feel like something that’s worth buying for a good time at multiplayer sessions, especially considering how there’s just so many clones of actual games that are done better in the real thing than in the knockoffs found here. If you find this in a bargain bin, it may be good for a few plays, but outside of that there’s nothing worth writing home about. I give Party Planet a 5 out of 10.