Thanks to Sometimes You for the review code

Claiming to be a throwback to Game Boy games, Awesome Pea does try to ape the dark green color palette of that system, but it doesn’t really do much else to be a throwback. Outside of some filters to blur the screen and some bad music, it just looks like yet another generic pixel art game with a green filter slapped on it to call it a Game Boy tribute. While it at least tries a tiny bit unlike Jack and Jill DX, it doesn’t seem to be nearly as good of a tribute as Mr Tako.

Awesome Pea is an platformer where the main goal of each stage is to guide the green pea to the end of each stage. You can move him left and right with the D-Pad, jump with the A button and reset the stage with the X button, and that’s all you have for the controls. It sounds like a simplistic platformer, but unfortunately that’s also a big fault. 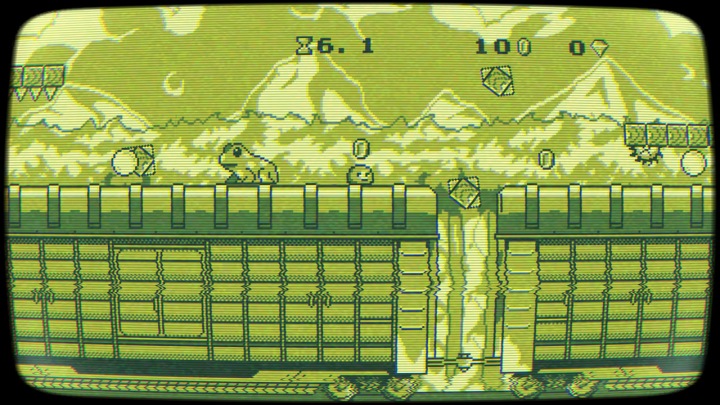 While the controls are OK to say the least, the game just feels very wonky. The levels can range from crazy short to nearly two minutes long, and none of them have any checkpoints. Sometimes a level can go from a simple path to the exit to a long gauntlet of dodging obstacles. Unfortunately, this unbalanced scaling doesn’t just mean you’ll face some difficult levels inbetween easier ones, but rather that some levels are just flat-out cheap or drag on for too long, with obstacles that appear after leaps of faith happening quite often in some stages. 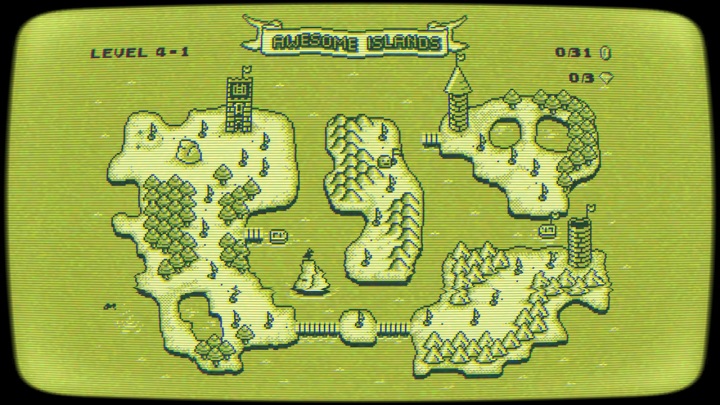 To make matters worse, sometimes the themes of a level will repeat, even if it’s not the same world. You may be on a boring train stage dodging obstacles one moment, going to a castle stage the next, and then a few stages later you’ll be back on the train, but with a slightly different assortment of obstacles. Awesome Pea does this quite often, and after you clear the first world you’ll be tired of the same setpieces and the lack of good level design.

In conclusion, Awesome Pea is a generic mess. Clunky level design, repeated setpieces, inconsistent level lengths, this platformer honestly feels like something thrown out the door in a few months with little care. As a Game Boy throwback it fails, and as a quick platformer it fails, so considering how this game asks $6 for two hours of unsatisfying content, I just cannot recommend this game in the slightest, not with many other better options available on the eShop. It’s not awesome in the slightest and a lot of polish could have been put into this game to make it less of a mess.