Thanks to Pixelatto for the review code

In this action platformer, you take control of a young hero who sets out to save the princess! But in this world, anything can lead to the journey coming to an end, and another hero taking your place, with around 100 endings to discover. Thus, the story basically has little purpose, with the entertaining endings being the main motive here!

Reventure is yet another game stick to the pixel art trend for its presentation, and unfortunately, this might just be one of the most unpleasant pixel art games I’ve looked at. The backgrounds aren’t too bad, looking fairly typical for a game like this, but the sprites of the characters and most enemies are all extremely zoomed in, looking as if they were made in the Animal Crossing Pattern mode. It’s pretty barebones, generic, and not really that pleasing to look at. On the bright side, the music, while done in chiptune, is pretty solid, with a nice soothing tune that plays in a sacrificial altar being my favorite of the OST.

Reventure is an action platformer where the main, stated goal is to reach the Princess of the land and rescue her from an evil force! But the twist here comes from how every single possible action can lead to one of the hundred alternate endings that can be obtained, and I truly do mean every possible action. For example, attacking any NPC can net you an ending depending on what kind they are, while dying in numerous ways results in a different ending, such as when you die by crushing, drowning, falling, or enemy damage. 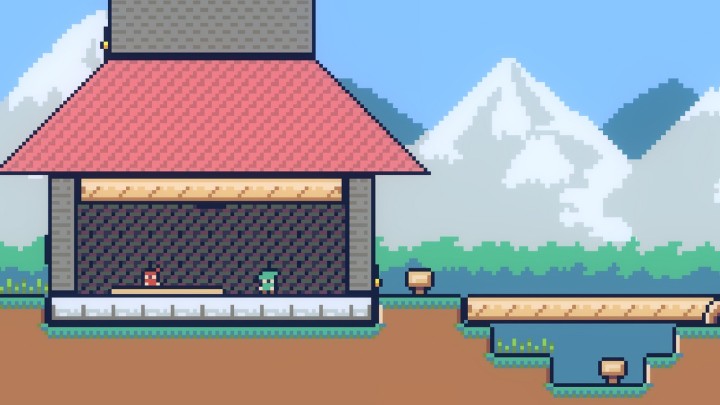 Besides those more-expected endings, there’s also a bunch related to things that take a bit more to figure out. For instance, you can ditch the typical sword in favor of a heart-shooting item, that “befriends” anyone you use it against. Not to mention the occasional, trickier ending that requires doing abstract things in a certain order. 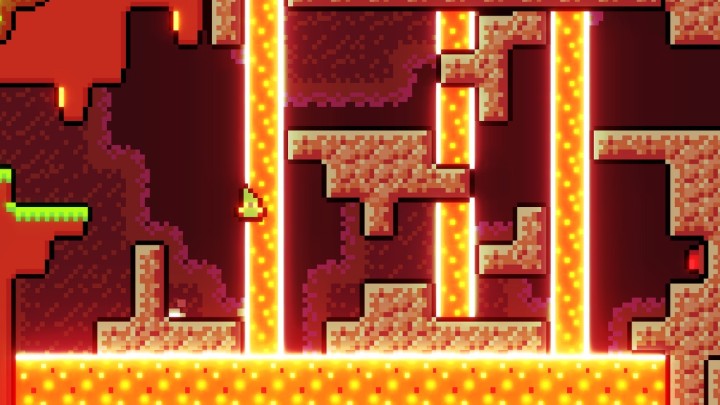 Nevertheless, every time you die, you respawn back in your house, usually with some random explanation behind how you somehow came back to life (or how a relative took over your home to continue the quest). This makes restarting the game quick and easy, but there’s also the problem of having to deal with going back out and hunting down every one of your items again. 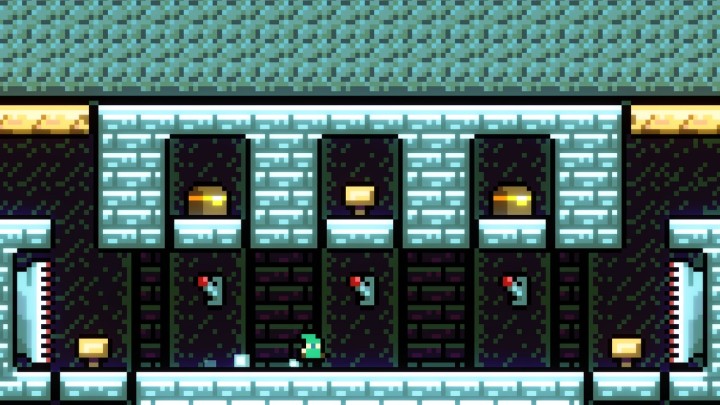 You can build shortcuts to get them relatively quickly, but even then, doing the same procedures over and over again can become very repetitive and boring. The only thing that makes the process somewhat easy to deal with comes with how every ending usually only takes a couple of minutes, or even under a minute to reach. This even includes the main “Save princess and bring her back” ending, so hunting for new endings can be a fun pick up and play experience, though after a while what felt like an addictive gameplay loop slowly became more and more boring and stale once I got 30 endings knocked out of the way.

In conclusion, Reventure is an odd platformer, but one that I felt had a lot of charm. It was very fun thinking of ways to potentially discover a new ending, and thus there would be times I’d think of what to do in order to get another one unlocked, and the main purpose of the game quickly shifted to getting all the endings possible.

With that being said, the core gameplay loop may be fun for a while, but there really isn’t much of a surprise to some of the endings after a certain point, since a lot of them are obtained by dying, befriending, or killing NPCs. The more creative ones happen to be what produced a laugh out of me, but after a while it grew tiring starting over and over and over again. I kinda feel some more variety would have been much appreciated, and the gimmick wears out far too quickly.