Thanks to Grimtalin for the review code

In this enhanced release of the indie gem Elena Temple, you take control of Elena as she goes through the same adventure as before… Along with two brand new ones in search of gold and security! Since I reviewed the original game (known here as “Chalice of the Gods“, most things I stated there apply here for that portion, and the two new scenarios take place after the previous one.

Being that the core gameplay is the same, the presentation is mostly identical to the original, especially for the Chalice of the Gods area (AKA, the original game.) Likewise, that means the game still consists of different monitor options and the cool dot matrix pixel art that I found really nifty back in 2018.

The big difference here though, comes from how you can now zoom into the monitors. Yes, no matter how big or how small they are by default, you can now zoom in and out to your own desires, which makes some of the monitors I originally deemed impractical to play with a lot more easy on the eyes. Now I found myself using the Some Toy Advanced monitor for the majority of my playthrough, instead of the Maple display I used in the original. This was a very handy addition that I am especially happy was thrown in, since it pretty much fixed all my gripes with the original game’s displays.

Likewise, there are some new assets for the two new scenarios, usually retaining to new enemies and gimmicks the game throws at you. Alongside that, you get a new intro screen, although the art here looks pretty mediocre. The music is just as solid as before and there wasn’t really anything new that I could tell during my time with the three scenarios, although I did notice a few new sound effects.

Just like before, Elena Temple is a Metroidvania where the main goal of each scenario is to collect as many coins within the dungeon as possible and make it to the exit to find the treasure. You have a weapon with very limited ammo, which is crucial to breaking pots that contain the gold coins you need and taking care of enemies. In general, the game plays and controls just as tightly as it was in the original Chalice of the Gods. So starting up the game and going through the first main dungeon, things seem pretty typical and compared to the old version, relatively unchanged save for the zoom feature and the addition of in-game achievements, a very welcome way to add much-lacking replay value. 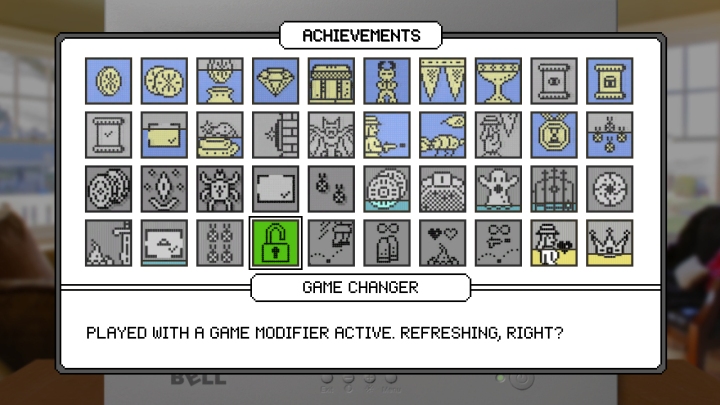 However, after I managed to beat the Chalice dungeon once more, the game threw a new unlock at me that wasn’t there previously: a modifier that gives Elena the power to double jump. I left this be as I went into the first of two new scenarios for this edition, known as The Golden Spider. This Golden Spider dungeon is the smallest map by far, containing a lot of compact rooms with lots of coins and less killable enemies, but with the addition of crystals to put in place, and being the most speedrun-friendly of the bunch. Indeed, I managed to beat this in under 15 minutes on my Steam playthrough of the dungeon once I knew where everything was. Nothing really special about this dungeon save for a gimmick where you have to move invincible spiders away to clear paths now and then, but it’s a fun piece of extra side content that unlocks yet another modifier, infinite bullets. 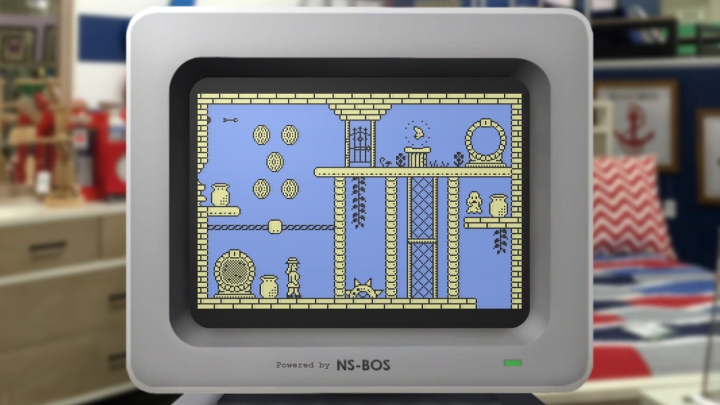 Since I had half of the modifiers by this point, I decided to try the final new scenario, The Orb of Life with these two turned on. It’s a good thing I did too, since Orb of Life also changes the gameplay quite a bit to feel a bit more metroid-like. You see, while you could die in the other two games, you’d just get sent back to the last thing you’d touch, so it did little more than a slap on the wrist and raising your total death count. However in Orb of Life, you have a health bar, and if you lose all of your hearts, then you get booted back to the last checkpoint, represented by campfires. Thus, you can now find health upgrades to extend your life bar to survive against hazards better.

Still, if you keep yourself alive and be careful enough, you may not even need to revive at a campfire, since touching one will restore you to full health. This twist to the dungeon is a fun challenge by itself, but Orb of Life is also the most puzzle heavy dungeon of the entire game, as the main goal here is to use teleporting warp gates to zip your way around rooms and find four shards of the Orb in order to purify Elena in the final chamber room. Coins aren’t the only thing that you need to collect here, and I found some of those to be incredibly tricky to discover, with the one final secret I needed to get being in plain sight the whole time. With the infinite bullets and double jump modifiers on, it helps the pacing quite a bit, although this scenario is of course very playable without these cheats. When all was said and done, these three scenarios felt pretty solid and offered as much metroidvania fun as the original, which made me feel confident enough to call it a night right there.

Yet upon beating the Orb of Life, you unlock the ability to use campfires and limited health in the other two scenarios as well, including the original one! This adds a great deal of replay value to those campaigns, since the higher level of challenge can be used as a good incentive to play those dungeons a bit differently. Likewise, toying around with the cheats to blaze through parts you may find tricky can be amusing as well, though I ended up having a bit too much fun with the double jumping, for it led me to discover a couple of unmarked secrets and even a super ultra hidden modifier.

Considering how like in the original version, your stats are marked at the end of each playthrough with your best records in each category, that still also adds replay value as well, though unfortunately, I wish there was a way to separate the rankings by modifiers on and off, since using modifiers smartly can have you beat the original dungeon in twenty seconds or less, which is definitely a lot less than a normal speedrun without them would be.

In conclusion, The Adventures of Elena Temple: Definitive Edition is a rerelease done right. While I was very impressed by the original game for the sheer fact that it was the developer’s first ever game, this rerelease feels like that developer used his knowledge from the past year and a half in order to polish the game up and keep what works while tweaking what might have not. With the additions of more incentives for replay value, alongside two extra scenarios that are enjoyable, quick romps, I honestly expected this to either just update the original and raise the price (which it DID do on steam), or just delist the old one and make this a higher priced copy. (Which they didn’t do as on Switch the original version is still kicking, but you get a discount here if you buy that first)

I’m pretty pleased to say that just like the original game, Elena Temple sits at a $5 pricepoint, which was already a great deal for the original game, but for all the extra stuff in this version? That still makes it one of the best budget Metroidvanias you could possibly buy, and I truly hope that since Elena Temple is all maxed out here, the developer puts in just as much heart and love as this game had into his upcoming puzzler, since this is a fantastic start for Grimtalin and I truly hope this gem gets enjoyed by many more players this way.

I give The Adventures of Elena Temple: Definitive Edition a 9 out of 10.