Thanks KEMCO to for the review code

In this first entry in a micro-series for Hit-Point, you take control of a young man, who sets out on a quest to uncover the mystery of his Archlion mark after losing his mother to monsters! The whole game is very short and straightforward, so while it’s not an in-depth RPG in any way, it still is a plot-focused one that crams a lot in only a few hours.

For the first time in a Hit-Point developed game, the style is 8-bit, rather than the 16-bit style that they typically use! It’s very colorful and zoomed in, and the menus are as easy to use as ever, if not moreso. The music is also reminiscent of a Game Boy soundfont, with some pretty memorable tunes despite the limited track selection. Basically, take aspects of other hit-point RPGs, simplify them and convert them into 8 Bit, and you get the look of Archlion Saga.

Like other Hit-Point RPGs, this game tasks you with moving from main quest to main quest as you work to complete each of the five chapters of the game’s story, while battling in first-person battles. But unlike said titles, this one is meant to be a very simplistic take on the formula, so while a lot of the stuff that’s retained is similar to the other RPGs, a lot of the extra fluff and optional stuff is just entirely removed. 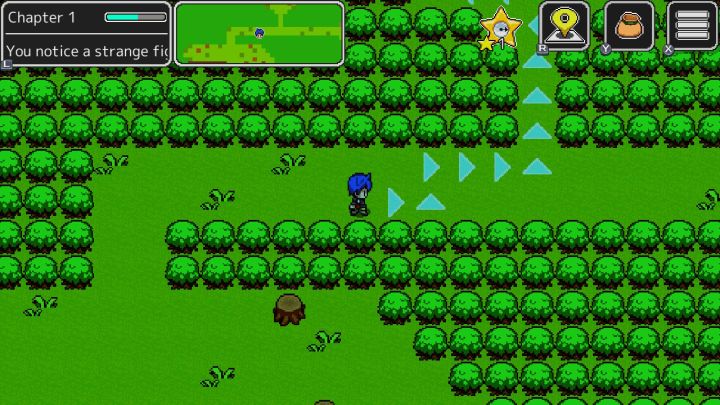 There are no sidequests, optional dungeons, superbosses or really anything off the beaten path in this game, as you just simply move from one objective to the next in a very, very linear fashion. You can bring up the current objective or look at previous ones with the press of the L button, and you can even use the R button to have arrows outright tell you where to go next, meaning that it’s impossible to get lost. The game autosaves constantly, and rewards you with more than enough healing items and good equipment to stay balanced the entire time. 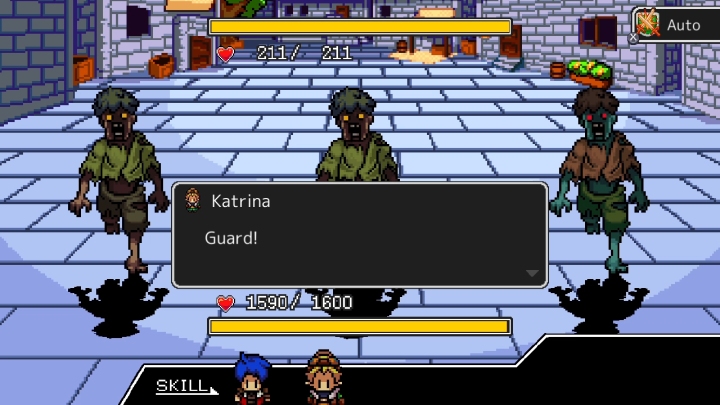 Each new chapter does introduce a new party member to the mix, until your final four is assembled right before the final chapter, so each chapter pretty much breaks down into meeting the party member, exploring a dungeon or two, beating a boss, and ending the chapter. The battles aren’t too difficult either, only consisting of a normal attack and guard move until your skills are fully charged. This means it’s really easy just to auto battle your way through most minor foes and then go nuts with the skills for the tougher foes and bosses, leaving to little resistance during the entire adventure. In fact, if you die during a battle, you can easily restart it without penalty, or just use a star point to fully revive and continue from death. 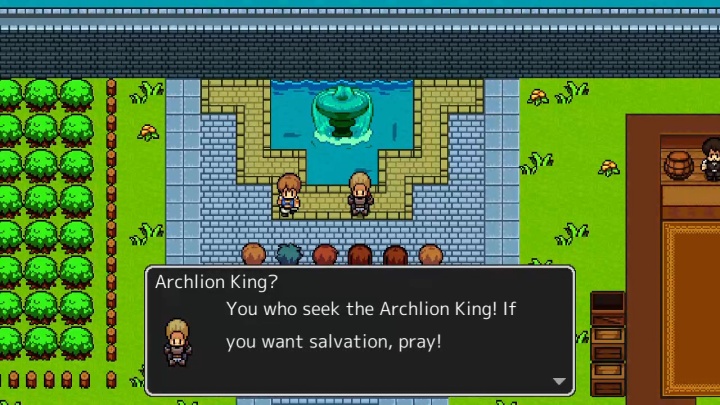 Speaking of Star Points, that’s this game’s odd form of replacing any potential microtransactions that these sorts of experiences would have on mobile. During the course of your adventure, you’ll find stars in orbs scattered around the field, and these are used to unlock doors, green treasure chests, ensure a critical hit in battle, revive yourself, and most importantly, double EXP/Gold gains from a battle. You can’t stack these gains, but if you find a group of enemies with tons of EXP, or just use it after a boss battle, you’ll gain that EXP/Gold again which will almost certainly level up your party by a crazy amount. Doing this means you can make an already relaxing, easy RPG into a complete blindfold experience if you so wish. 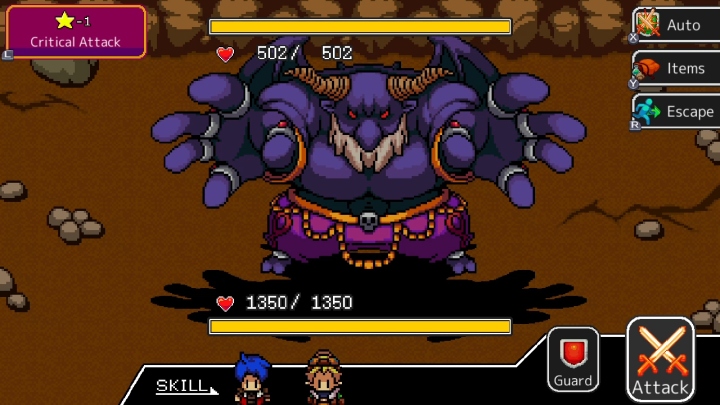 Granted, I don’t recommend you do this, as if you make the game too easy then the whole experience becomes a bit of a drag, while the normal difficulty is relaxing enough to get the job done. Overall, this RPG was a pretty fun adventure, and while simplistic, it did have all the good mechanics and balancing of a fun time, to the point I was able to reach the final boss in just under two hours. That may be rather short, and there isn’t much bonus content to speak of, but if you were wanting a RPG that wouldn’t be rotting in your backlog, this is the one.

For a very, very short RPG, Archlion Saga was surprisingly enjoyable. The pacing was pretty good for the length of the game, the combat was simple enough to be entertaining while not too mindless, and there’s still some strategy to be had during the course of the five chapter adventure. I can’t help but find that Hit-Point still nailed their gameplay and presentation despite the shortness of the game, and the fact the whole experience was enjoyable and fun from start to finish is worth noting too. If you have funds to spend, Archlion Saga isn’t a bad way to spend an afternoon.

That being said, the fact you’ll see the ending in only two hours may make even a $5 pricetag too high to pay, especially with no sidequests and little reason to revisit the game. While it’s a good experience and shortness is sweet in this case, you may want to wait for a sale in order to get a better value out of this mini-RPG.

I give Archlion Saga a 7 out of 10, and you can find the eShop store page for the game here.