Thanks to KOEI TECMO GAMES for the review code

In this sequel to Atelier Rorona, you take control of Lulua, an up-and-coming Alchemist that tries to follow the legendary legacy of her mother. When she gets a request to create a rare essence, it’s the first step of a long journey she and her best friend embark on in order to uncover the secrets of Arland.

A loooong time ago I reviewed a prior game in this series, Atelier Shallie for Vita, and most of my views on the presentation of that game mostly apply to this one, with the same comfy feeling and a very similar UI/engine, despite being a new entry with a different character focus. The visuals look way better here than the Vita games, and Lulua runs a lot better than those handheld games did too. Thus, if you’ve played a prior Atelier game, you’ll feel right at home with how Lulua presents itself. Of course, the music here is pretty excellent and upbeat, further backing the cheerful mood these games provide. There’s also JP voice acting, as is expected, and it’s very well-done.

The optional free DLC for legacy BGM is a strong recommendation too, since being able to customize the background music to whatever tracks are your favorite from the series is a great touch! You could change all the tracks to their respective counterparts from your favorite Atelier, or mix and match across the series as you please.

Personally, I decided to go with the BGM of the obscure Wonderswan entry, since that system hardly ever gets acknowledged and seeing the OST from that spinoff here in the DLC utterly baffled me, but fans of the series will really enjoy this cool DLC pack if they want to go old-school instead of sticking with the great new tracks Lulua offers.

If you played a prior modern Atelier game before like I have, then the core gameplay loop of Lulua will feel rather familiar: progress with the main story, complete objectives, gather materials for alchemy, complete sidequests, etc etc. It’s the same easygoing gameplay loop the series is known for, with Lulua continuing it in a great fashion.

Just like before, the combat is pretty typical, with turns being determined by the speed both parties, with new characters and skills being gathered over the course of the journey. Per usual, you’ll have sidequests that’ll task you with defeating certain enemies or gathering materials from areas, and this time around you have a handy book that you’ll need to fill out over the course of your journey, which is a main focal point of the story, too. This is a lot of fun and benefits from the addicting gameplay loop immensely! 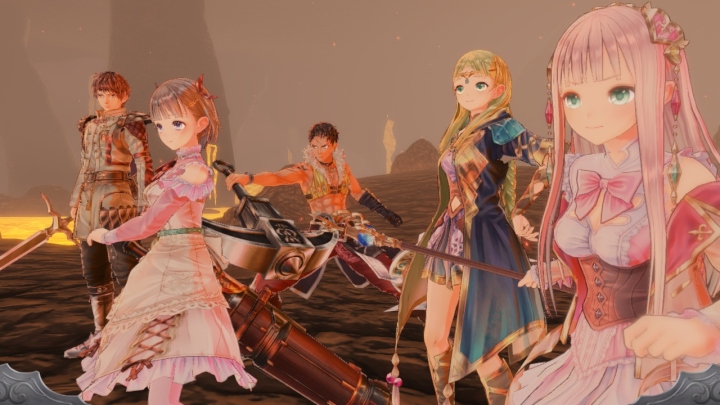 Likewise, exploring areas and dungeons are still a lot of fun to do, as are completing sidequests and improving your alchemy skills while progressing the main story. Lulua itself doesn’t really offer much uniqueness to the formula that I could feel, and mostly just refines certain elements from recent entries while keeping the comfy atmosphere, while offering continuity nods to the previous games in the Rorona trilogy. 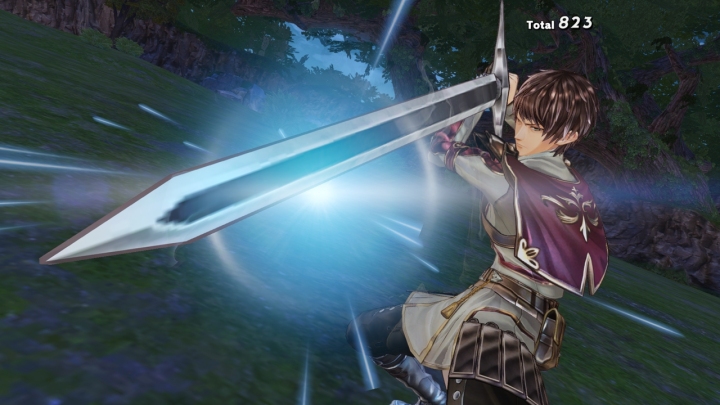 Though if you’re like me and aren’t familiar with this trilogy, most of these nods will be lost on you, so while the game is enjoyable enough as a standalone, you should probably catch up on the trilogy to enjoy all the world building, as the stuff I saw here was pretty intriguing and does make me want to check out those trilogy collections that came out lately. I honestly don’t have much else to say about Lulua: it continues the fun I enjoyed from Shallie, refines it, and ends up being a good comfort RPG that anyone can get into with ease, with a very addicting gameplay loop to boot, and I had a blast filling out as much of the book as I could. If you’ve played prior games in the Arland trilogy, you probably already have this game by now!

In conclusion, Atelier Lulua is a fun, comfy RPG adventure, continuing the addictive alchemy loop this series comes to provide, with an enjoyable battle system and a really addicting loop of collecting and gathering materials, Lulua is just a great relaxing RPG to enjoy, even though it may not do anything too inventive in terms of the series, it’s still an enjoyable entry, whether you’re new to the series and unfamiliar with Rorona’s adventure, or excited to see the trilogy extend to yet another game.

Some may find the formula tiring, but at least for those who do, the Ryza games would offer a shakeup, so this leaves Lulua as a great note to end on for this era of alchemy fun. It may feel very paint by numbers, but it’s a comfy paint by numbers that both newcomers to the franchise and veterans will still enjoy. (even if those continuity nods won’t be understood if you’re unfamiliar with the trilogy like I am)