In this RPG Adventure, you take control of a young hero named Flash, who awakens during a climatic battle for the fate of the world, lacking the memories of his adventure!

During the prologue of the game, it would appear that this is yet another pixel art themed game meant to be nostalgic towards the 8-bit era of games, akin to the numerous Kemco published RPGs that have popped up lately. However, while the main sprites may trick you into thinking it’s another Dragon Quest homage, it actually feels a lot like something the company Brownie Brown of Mother 3 Fame would cook up, with a vibrant color palette and detailed enemy battle artwork. In a way, the art style feels like an interesting mix between Mother 3 and Dragon Quest, the inspiration for the former with a newer art style, which makes the pixel art shine in this charming story a lot more than it usually does in the other RPGs. 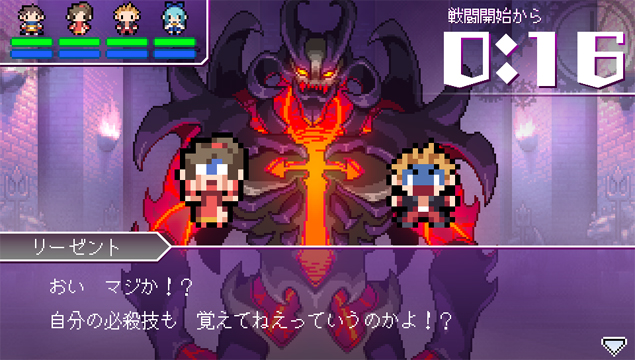 The music is also worth paying attention to, as while it’s not completely memorable, the town themes are nice and soothing and some of the cutscene themes can be pretty energetic.

The main gimmick of The Longest Five Minutes is that while it appears to be a standard RPG told in a backwards sequence of events, it actually manages to pull off some clever tropes of the JPRG genre, taking proper of the flashback mechanic to connect it with the story! Once the game begins and the initial bit of the final fight concludes, you start at the beginning of the quest via a flashback. Everything seems standard, starting at a low level, having to buy items and equipment and upgrade your characters, and gaining gold and EXP after first person battles akin to Dragon Quest. 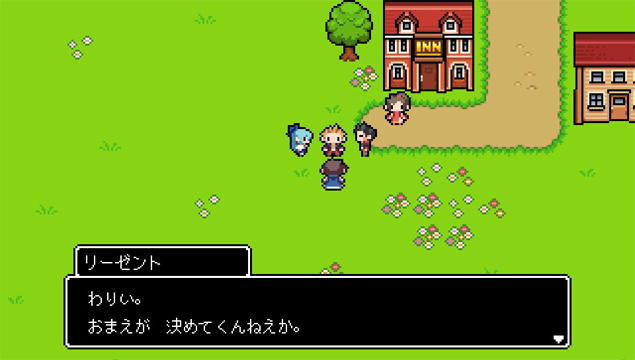 However, once you level up you quickly realize that progression is handled quite differently in this game than in the typical RPG, as the actual character levels do not change once you level up. Instead, a completely separate category called “Reexperience” will increase, basically acting like a piece of equipment that constantly is attached and grows stronger over time. So while your characters may be level 12 in one scene and level 20 in the next, the reexperience levels will still provide the extra stats gained throughout the entire adventure, which still gives a point to defeating enemies. This doesn’t apply to items, however, so purchasing new equipment during a chapter isn’t really recommended since by the next one the character will have something of that value equipped by default, and with the game’s lax difficulty level you’re better off spending money on items instead. 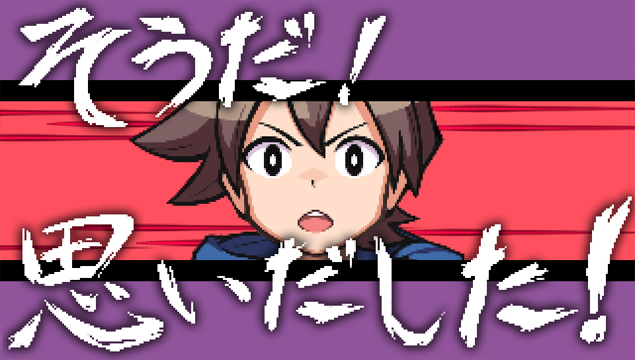 Yes, I said “lax difficulty level” but don’t fret, this isn’t a game that just hands you free wins. The goal of each RPG memory segment is to fulfill the main objective that’ll return you to the present, which is usually making it to the end of a dungeon, obtaining a special item or defeating a boss. Alongside this main objective, there are usually two bonus objectives that task you with helping out various NPCs on the way, and each of these completed objectives will grant you even more reexperience, so it’s a good idea to complete as many as possible to stay ahead of the game, since the game does get gradually harder over time, but not to the point of hairpulling. 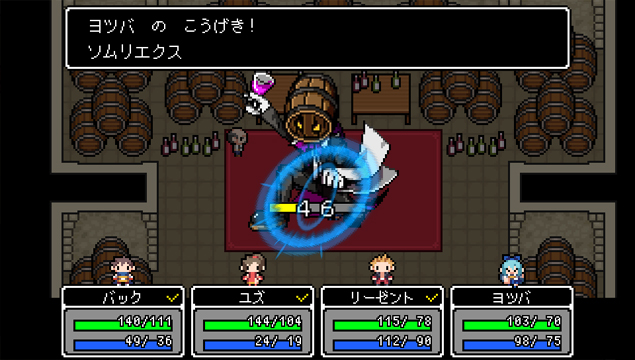 Finally, the last thing to discuss comes from the moments where you are in the present. Each time you return to the present, the battle with the Demon King will continue, and you’ll often have to choose between multiple options (akin to a visual novel) to progress the battle in a way that keeps the other party members from getting hurt too badly. Picking the right options can alter the final ending of the game and even unlock certain memories, so a lot of trial and error is needed. Luckily, you can save at any time and jump back to one of these segments if needed.

In conclusion, The Longest Five Minutes was a fun little RPG that really surprised me. Expecting nothing more than perhaps a traditional RPG with a time gimmick, I was impressed at how well they did the whole “travel between different memories” storytelling, how well-made the pixel art was and most importantly, the fact that the game’s pacing was near perfect for a handheld RPG. It doesn’t really reinvent anything, but that doesn’t mean you won’t get a fun adventure out of this trip to the Millennium World. I give The Longest Five Minutes a 7 out of 10.