Thanks to The Quantum Astrophysicists Guild for the review code

Going for the done-to-death look of using simple shapes to represent the player and obstacles, there’s little to note about the visuals of this game. Unlike Alertic though, it at least looks good and the color scheme and visibility is much better on the eyes, making the stages super fair as it’s very easy to see from afar. The music is pretty OK as well, though the forgettable songs only tend to rotate depending on the world.

Almost There is a minimalist platformer where the main goal is to get to a glowing square at the end of each stage in as little time as possible, improving your rank as you progress through the 3 worlds and the many stages within. It’s a basic game, with one button to jump and a button to reset the level if you mess up, but it does manager to offer some merit in how it handles some fun gimmicks that keeps things interesting. 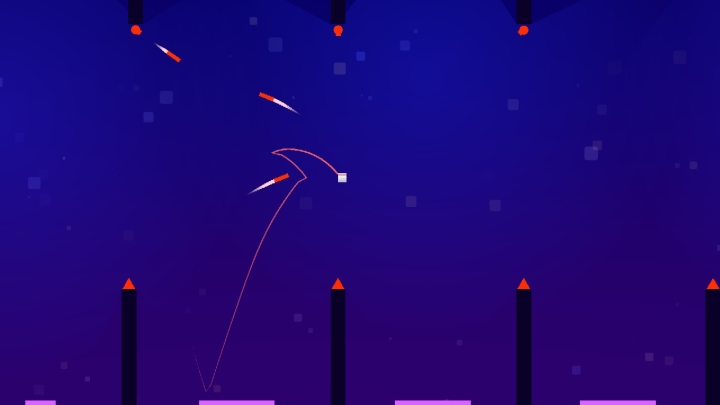 Midway through the first world, you’ll quickly learn that your cube has the ability to gain extra speed and wall jump, which are two crucial elements that will greatly help you during the more brutal stages within the game, since the game teaches these mandatory skills well by rolling them out slowly. 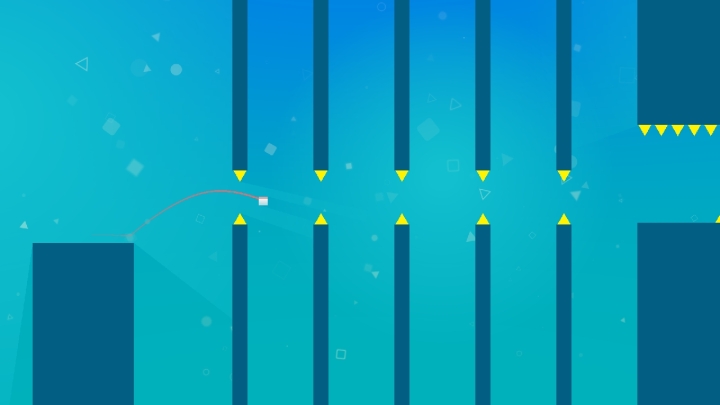 The extra speed just requires that you move on the ground for a while, which will double your speed and give you a boost for longer jumps, while the wall jump acts an awful lot like the one from the first Ninja Gaiden NES game, in that you cling to a wall but must jump off and on the wall again in order to actually climb up. These skills become very handy, and as further worlds introduce new hazards like buzzsaws, lasers and homing shots, this game will challenge you. 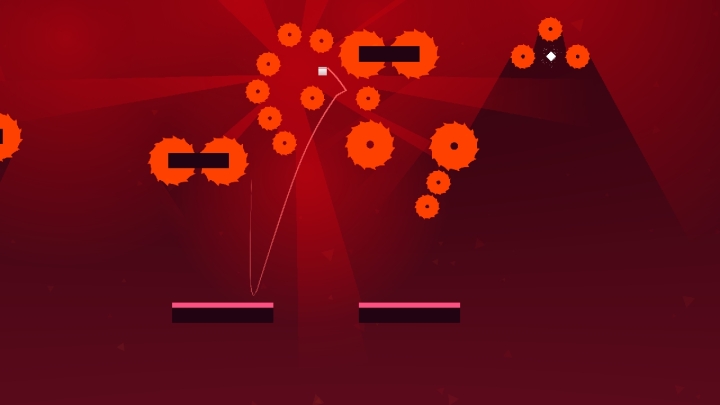 Each world consists of many stages broken up into several tiers, with new stages unlocking the further you progress in each, while the other two worlds unlock depending on the amount of overall stages you clear. This means that if you manage to get the hang of things in world 1, you’ll get access to worlds 2 and 3, which introduce the more complex obstacles I mention earlier. Outside of simply beating the levels to clear them, you can also aim for the three star rankings which require you to grab the cube as soon as possible, with extremely tight time limits for getting them all. This is a nice bonus for speedrunners wanting to master everything this game has to offer, but besides that there’s little else to note here.

In conclusion, Almost There is a simplistic platformer that has very tight controls and works well as a pick up and play experience. However, despite the variety in terms of obstacles and hazards, along with some good level design, the game will breeze by you in a few hours, and while getting all the stars will absolutely make this worth the $10 pricetag due to the solid level design and enjoyable challenge, I can’t say I’m that blown away by this.

I feel like if some more clever gimmicks were implemented, and if the levels were a bit less samey feeling (differing backgrounds rather than solid colors would be nice) then this game would be easier to recommend to more people, but as it stands right now there’s little that makes this stand out compared to the many similar platformers on the eShop, save for this being one of the few video games to be developed from Bangladesh. Still, if you’re looking for a new one to add to your lineup, Almost There won’t hurt!